Many Chinese manufacturers, or their importers in other countries, tend to show some modesty when referring to the origin of their products.  The shadow of questionable quality plans on how much they manufacture, largely with justification, and you often have to dig to discover their origin. It is not the case of Zontes, much less. It is a Chinese motorcycle brand that lands in European markets, with Spain as a spearhead, and it does so from the conviction that manufacturing in that country should not be synonymous with shortcomings.

The T-310 is one of the three models of the Guangdong Tayo Motorcycle group brand and perhaps the most convincing and versatile for its trail style. Its appearance is spectacular, with a modern and aggressive design that is seasoned with tubular body protections reminiscent of the usual ones in the large motorcycles of the segment. Its dimensions are contained, as expected of an access machine, which translates into agility and simplicity of use, including a saddle with a height of 830mm that facilitates maneuvering while standing still.

Also at a glance, the overall quality of the T-310 is very striking. Most of the parts that are assembled are of own manufacture, from the levers to the swingarm through the handlebars, the footrests, the electric pineapples, the tires, of course, the tubular chassis, the digital instrumentation … And everything shows a more than convincing aspect, a foundry that seems impeccable and with many details of products of a significantly higher price. It remains to know how they will be preserved over time, but their manufacturing level admits a few buts.

The engine is also produced by Zontes, replicating similar mechanics used, for example, in enduro models. It is, therefore, a single-cylinder four-stroke short stroke and four valves, with a cubic capacity of 310cc, water-cooled and with some determining systems for its performance and reliability: two grease pumps, two radiators, aluminum cylinder or oil reservoir in the front frame tube.

Its power is 34.5 hp (usable with the A2 card), a performance in the line of its segment and that is sufficient for the philosophy of an initiation trial. You can not expect accelerations or glowing reactions, which does not mean that you can not move at a good pace on the road or move with great agility in the city. The change of six speeds facilitates this task and also has two modes of the configuration of the injection map (developed by Delphi), one that prioritizes the efficiency of consumption and the other the brighter response of the propeller. 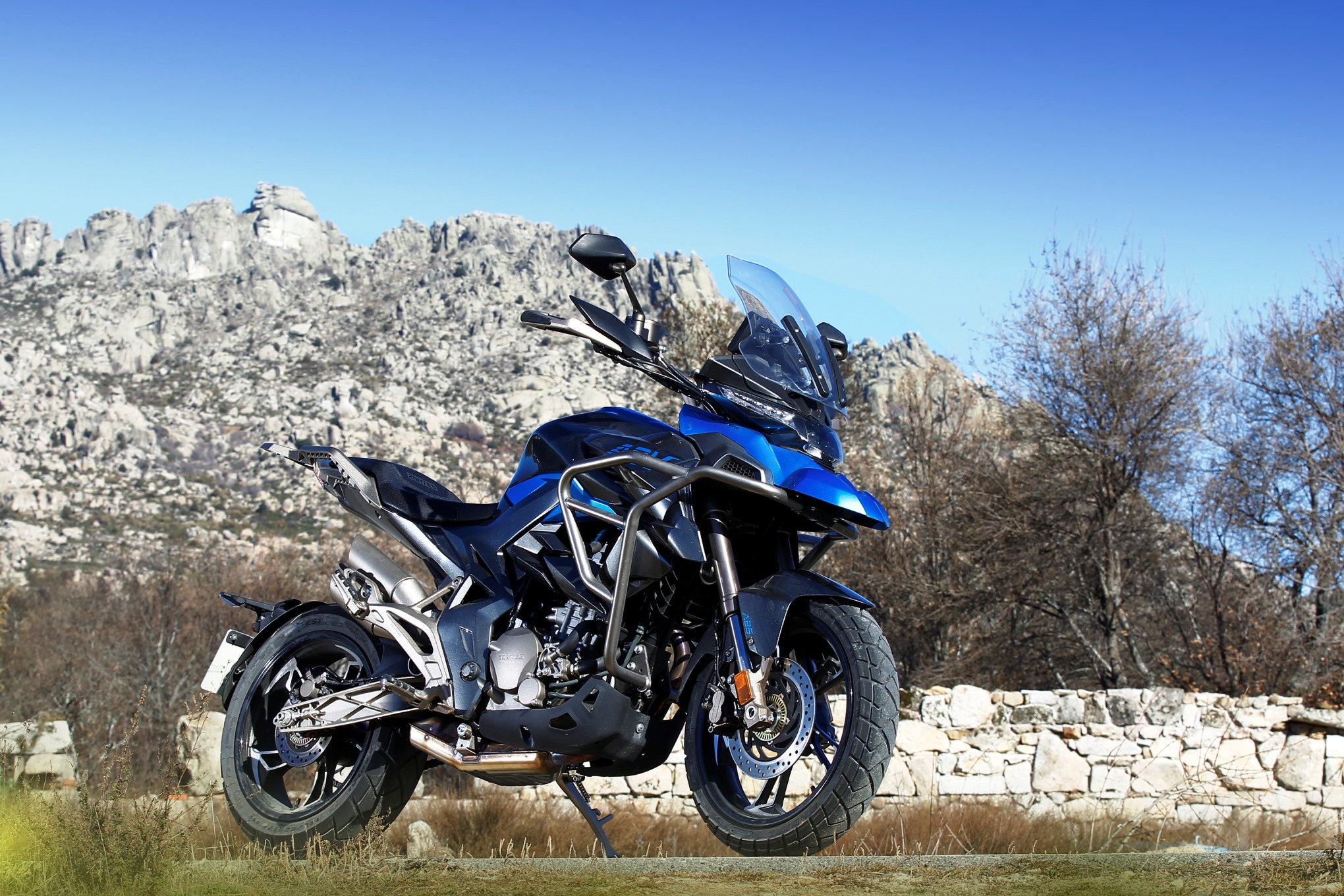 Insecurity elements it has not spared the Chinese manufacturer with a complete LED lighting (including intermittent) and anti-lock brake management by specialists prestige of Bosch. It is a disconnectable system for use outside the asphalt, although it is true that the power of the front single disc is somewhat limited on asphalt, one of larger diameter would be appreciated to improve braking at high speed.

In short, the Zontes T-310 is revealed as a very convincing small trail, especially when considering that its final price is 4,495 euros. In its segment, only the Roya Enfield Himalayan is cheaper (100 euros less), although the approach of the Indian motorcycle is quite different in every way and its level of equipment is much lower. Because that is precisely the other hallmark of the Chinese motorcycle, which in addition to showing off quality makes it very complete equipment at an unbeatable price.

Traveling by motorcycle in style is also possible with Shad luggage