The die is cast: we already have the ten cars that will aspire to become the Best Car of the Year in the World this 2019. World Car Awards has made official the final list of the ten models that will qualify for this award, which will be delivered on April 17 in the previous 2019 New York Hall.

After meeting the seven definitive candidates who will choose to be the Best Car of the Year in Europe, now it is the turn of the other most prestigious prize of the year and that is held worldwide. A total of 86 journalists specialized in motoring have chosen the ten models that can aspire to this award from among 29 candidates. The three final finalists will meet you at the Geneva Motor Show 2019 and among them, the World Car of the Year 2019 will be decided. 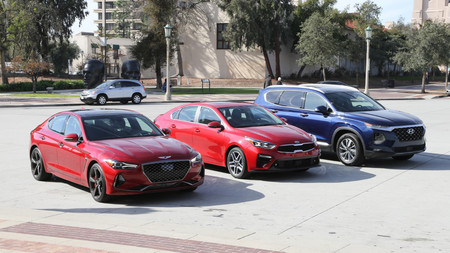 Among these ten candidates, we find four SUV models, two of the electric and one of a fuel cell, three saloons, two compact and an all-terrain, many of which also opt for the Car of the Year 2019.

To this list of ten applicants for the absolute prize, there are also five other categories, in which five models will be disputed to be the best in its segment: urban, premium, sports and ecological, in addition to a design award. The race to become the best car of 2019 has already begun. 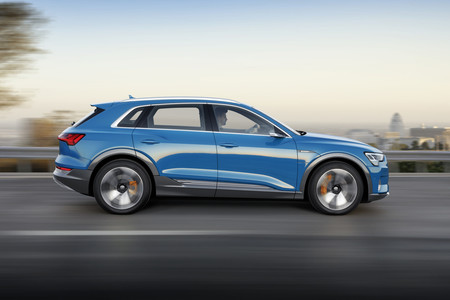 The first electric production car of Audi, which was finally presented last September, will be one of the SUV candidates for the prize. This zero-emission SUV has two electric thrusters, one per axle, which offer a combined power of 408 hp and a maximum torque of 664 Nm. It is capable of reaching 100 km / h in 5.7 seconds and its maximum speed, electronically limited, is set at 200 km /h.

The Audi e-Tron approves a range of around 400 kilometers and boasts cutting-edge technology, such as the Audi Virtual Mirrors, which replace traditional rear-view mirrors, or brake-by-wire electrohydraulic brakes. 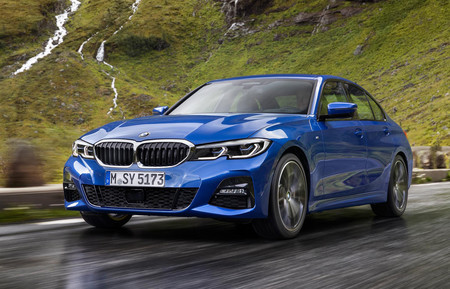 The seventh generation of the BMW 3 Series was unveiled at the Paris Motor Show 2018. In this new installment, the German saloon boasts larger dimensions and more muscle, as well as taking a technological step forward compared to the outgoing generation.

The new BMW 3 Series has a fully digital interior incorporating the BMW Live Cockpit instrumentation and has in its range of engines both diesel and gasoline, ranging between 150 hp and 258 hp, also offering a variant of all-wheel drive Add to the rear propulsion. 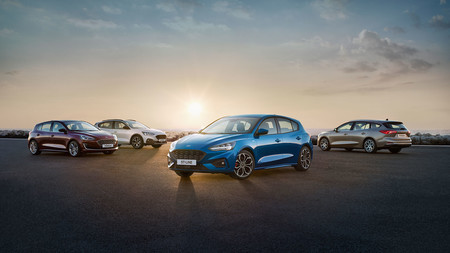 The fourth generation of the Ford Focus was shown last spring, presenting itself as the most complete in terms of range, as well as in technological equipment. The compact oval features three bodies, hatchback, sedan, and family, as well as six specific finishes, including its more active Active side.

The new Ford Focus has mechanical petrol, including the award-winning 1.0-liter Ecoboost engine, and diesel, with powers between 95 hp and 182 hp. The compact premieres in this new generation advanced driving assistance systems and claims to be more dynamic and habitable compared to its predecessor. 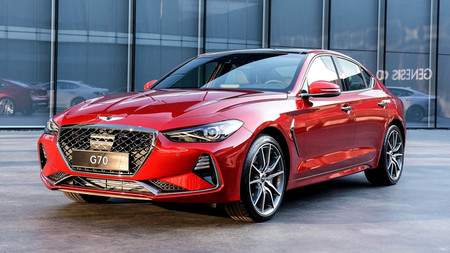 This premium saloon is the last of the offspring of the Hyundai luxury brand to arrive and is the first cousin of the Kia Stinger GT. Arrival to rival models such as the Audi A4, the BMW 3 Series or the Mercedes C-Class, it has 252 and 365 hp gasoline engines. Its imposing design is combined with state-of-the-art technology focused on comfort, sportsmanship, and safety. 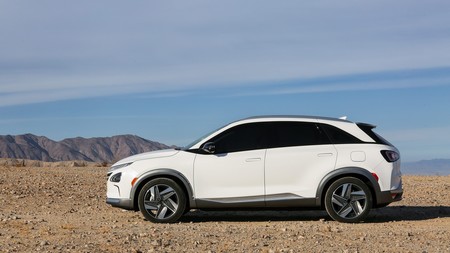 The South Korean SUV is the replacement for the Hyundai ix35 Fuel Cell and is the only one of the aspirants with hydrogen mechanics. Conceived on a new platform, the zero-emission pollutant SUV is more efficient and aerodynamic than its predecessor and promises a range of 666 kilometers, needing only five minutes to refuel its deposit. Its engine delivers 163 hp and its maximum speed is set at 179 km / h. 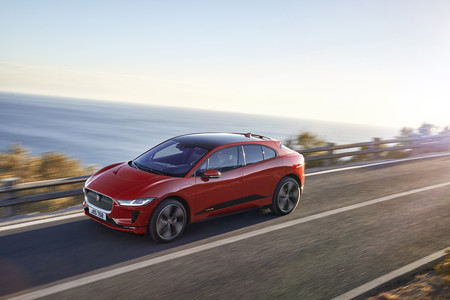 The second electric SUV in Liza is the British Jaguar I-Pace and, like the Audi e-Tron, it has two electric motors associated with each of its axles that, in total, yield 400 hp and 696 Nm. It only needs 4.8 seconds to reach 100 km / h from a standstill and its maximum speed is 200 km / h. It develops perfectly on both the asphalt and outside it and has a cabin where luxury and technology rule. Its autonomy is approved in 480 kilometers. 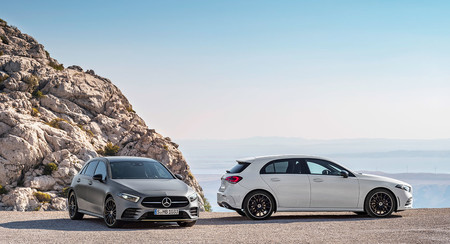 Class A closes the list of compact candidates to be the Best Car of the Year in the World. In its fourth generation, the little one of the star’s family has taken a remarkable technological leap, equipping for the first time systems that until now were only the heritage of his older brothers.

With a fully digital interior, consisting of two 10.25-inch screens, it has the MBUX infotainment system and enjoys a browser with augmented reality and intelligent voice assistant. Its range consists of gasoline and diesel versions, and its power ranges from 116 hp of its diesel variant to 224 hp of A250. 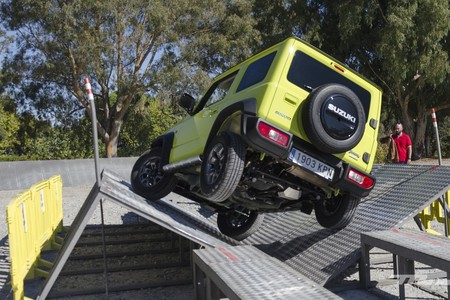 The iconic and small SUV Suzuki Jimny brings the distinguishing point to this list of ten finalists. This pocket 4×4 stands out for its small dimensions, 3.64 meters in lengths, and its reduced weight, just 1,100 kilos, which are combined with an atmospheric propeller of 1.5 liters and 102 hp, with a maximum torque of 130 Nm.

Its natural habitat is outside the asphalt, where it can face steep terrain thanks to its free height of 210 millimeters and angles of attack, ventral and exit of 37º, 28º and 49º respectively. 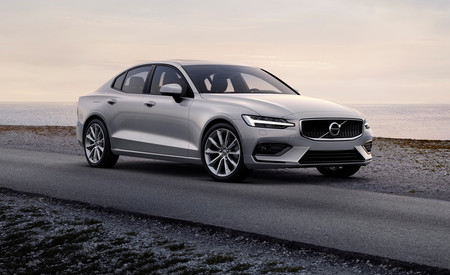 In its new generation, the Volvo S60, and its familiar V60 variant, definitely abandon diesel mechanics. Its range includes several hybrid versions, two of them plug-in, and gasoline options, with powers that reach up to 415 hp.

In this new installment, there is no lack of technology focused on security and assistance, as well as connectivity systems. In addition, it can be purchased through the Care by Volvo subscription service. 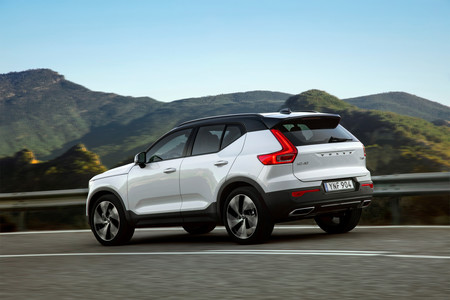 The Scandinavian brand is the only one that has two award-winning models. The S60 joins its compact SUV Volvo XC40, which, by the way, was chosen as the best car of the year in Europe last year and has had such success that Volvo has been forced to increase its production.

The small premium SUV will feature electric and hybrid versions very soon and stands out for its youthful and casual design compared to its older brothers. It has two options of gasoline, 190 and 247 hp, and diesel of 190 hp and was the first model of the manufacturer to release the service by subscription Care by Volvo.

And in the other categories …

For its part, World Car Awards also has five other categories were several models aspire to become the best of this 2019. Each of these winners will also be known at the 2019 New York Hall. These are the different classes and the five candidates of each one of them.

World Car Design of the Year