Opel has just confirmed that the sixth generation of the Opel Corsa will be produced exclusively at the Figueruelas plant in Zaragoza. And this also includes the Corsa-e, the electric variant of the lightning utility, which opens in this new installment in electrification. It will be at the Frankfurt Motor Show 2019 when the new generation of the popular subcompact of the German brand is presented, now belonging to the PSA group. And although we already know some details, both of the Opel Corsa-e and its combustion brothers, the launching of the German event will show all the secrets of this delivery of the Corsa, which will be a before and after for both the signing of the Lightning as for the utility. 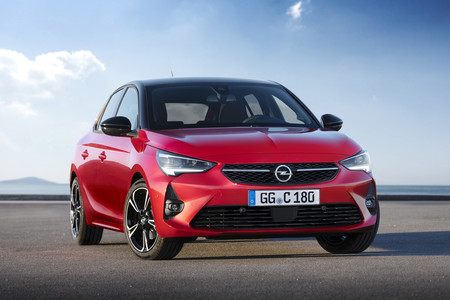 As the current trends, the French conglomerate is giving great importance to electrical mechanics: its three factories located in our country, are already prepared to host electrified models, based on the EMP2 and e-CMP modular platforms, which includes both pure electric like plug-in hybrids of their brands (Peugeot, Citroën, DS and Opel). This means that starting in 2019, all new models manufactured in Spain will host an electrified variant, which includes the aforementioned Corsa-e, which will be made at the PSA Groupe Production Center in Zaragoza to be imported into the different markets. And although Opel Corsa has been producing at the Zaragoza plant since its birth, it has also been made in other factories of the brand. Now, Corsa will be ‘made in Spain’ 100%. 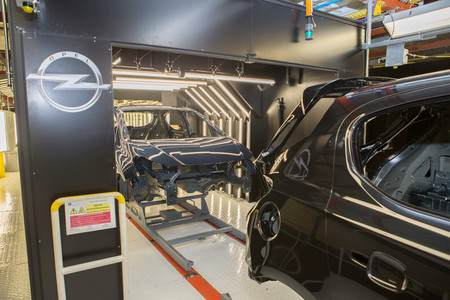 To this end, the Aragonese factory has received a capital kick and increased its staff, with 350 more workers in order to comply with the production schedule associated with the Opel Corsa. Since the beginning of 2019, the sixth generation is being prepared, which is expected to reach 100% of its capacity in October, coinciding with the launch of the model in the market. Thus, starting this month, the entire production line of Figueruelas will be dedicated to the Opel Corsa, assuming no less than 50% of the total volume of the plant, which also hosts the preparation of the Citroën C3 Aircross and the Opel Crossland X. In this way, PSA continues to strengthen the path to meet its electrification goals: in 2020 they aim for 50% of the Gallo group models to have plug-in electric or hybrid models in their ranges, while in 2025, they plan to arrive 100% in its five brands. 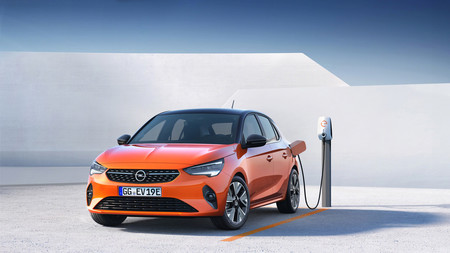 The sixth generation of the Opel Corsa is developed on the CMP modular platform, which it shares with the new generation of the Peugeot 208, which also releases an electric variant: the e-208. And it is that the synergies between the signatures of the PSA are one of the formulas that have allowed the group to be the most profitable, despite seeing their sales decreased this 2019, to the sound of the unstoppable fall that has been experiencing the automobile market for months in both Spain as in Europe. In this way, both the combustion variants of the new Corsa and 208, as well as their electrical options, share identical mechanics and a good number of components. As for the first, both utilities will be offered associated with three gasoline engines (1.2 liters and powers of 75, 100 and 130 hp), reducing its diesel offer to 1.5 of 100 hp. 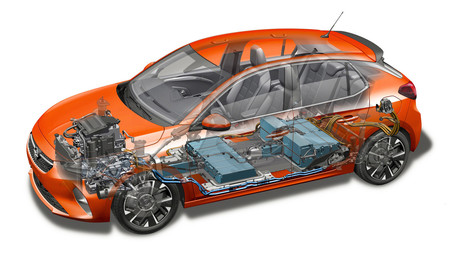 On the other hand, the Opel Corsa-e and the Peugeot e-208, developed on the e-CMP architecture, have a 100 kW (136 hp) propeller and a 50 kWh capacity battery, which give both models an autonomy, according to PSA, of up to 340 kilometers in the new WLTP homologation cycle. Returning exclusively to the Opel Corsa, we know that, in its new delivery, it maintains its five seats, measures 4.06 meters long and lowers its height by 48 millimeters, in order to improve its aerodynamic drag, and without penalizing space for the occupants, according to Opel. In this sixth generation, it has also reduced its weight, which is set at 980 kilos, to also ensure its efficiency.