It is no surprise that today all companies want to be involved in the electric car market, a multi-million dollar market that is making many manufacturers rethink their strategies. For this reason, it is to some extent normal that new companies or manufacturers emerge that promise to bring a new vision to the industry, but when that new company is raising money to the beast and surrounding itself with key people, then it is when it is worthwhile. Look carefully at what is happening.

This is the case of Rivian, who to better understand it is worth explaining in a short and summarized way: he has not put up a single car for sale; has raised 1.7 billion investments from Amazon, Ford and other companies; counts among its ranks with former executives and engineers from Apple, Tesla, McLaren, Ford and Faraday Future; He not only plans to sell electric cars, but a platform for other companies to manufacture electric and autonomous cars. Let’s meet Rivian, the startup that is already dubbed “the Tesla of pickups. “

It all started when Robert ‘RJ’ Scaringe, who was in charge of restoring classic Porsche in Florida decides to leave everything to go to MIT in order to get a doctorate since his goal was to start a car company. This is how in 2009 Mainstream Motors was born, which would later change to Avera Automotive, where they sought to create an electric sports car from scratch. Over the years, RJ Scaringe realizes that he was poorly routed, since the market not only needed sports, but a change in mobility.

In 2011, the company changed its name again, now to Rivian, and RJ Scaringe takes a turn by focusing on sustainable electric mobility. The idea of ​​RJ Scaringe was to launch in 2013 a sports 4-seat hybrid of $ 25,000, whose consumption would be 3.9 l / 100 km. This is how we arrived in 2013 and sports plans are discarded. Rivian changes its headquarters from Florida to Livonia, Michigan, with the aim of being close to its suppliers, and directs its goal towards the development of electric and autonomous cars.

After some years of research and development, in 2017 Rivian acquires an old Mitsubishi factory in Normal, Illinois, thanks to the support of the state that lends money and taxes, all under the condition that the company creates jobs and invests more than 40 million in the next five years. Obviously, Rivian accepted the deal. This is how in December 2017, after eight years of remaining in the shadows and away from the public eye, Rivian appears on the scene announcing that they will manufacture an SUV and a pickup, both electric and that they would share a platform. Thanks to this, the company receives its first injection with an investment of 450 million dollars.

It is not only a manufacturer, it is also a competitor and developer

An important factor that RJ Scaringe is seeking to exploit is that Rivian is adopting a strategy based on two axes : on the one hand of the manufacturer of electric vehicles for “adventurers who love being outdoors”; and on the other, the technology developer who will grant licenses for other companies to use their electric platform and manufacture their electric cars without having to invest in the development of this technology. That is, Rivian is, according to the vision of RJ Scaringe, an electric car manufacturer, a technology developer for these electric cars, a provider of such technology and also a competitor within the market. 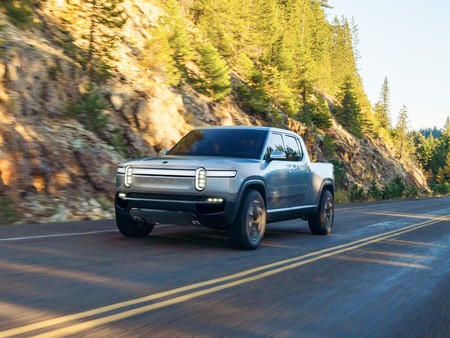 To achieve this, RJ Scaringe has managed to move his letters, since he has armed himself with people who know the business and people with fresh ideas, and between the two they are creating things that attract attention. And they are creating such noise that they have barely announced two cars, which have not even been put up for sale, and already have investments of technological giants. For example, in February of this 2019 Jeff Bezos fell in love with Rivian’s idea and decided to invest 700 million dollars. With this money, the company jumped from 250 to 450 employees.

But that was not all, since in April of this year Ford arrived, who took out the checkbook and gave 713 million dollars to RJ Scaringe, which not only guaranteed a position on the board of directors but also closed an agreement for Rivian to manufacture the electric platform for the next Ford pickup. Today, Rivian has raised more than $ 1.7 billion and already has more than 750 employees, all, I repeat, without even having sold or mass-produced a single car. Come on, we don’t even know the electric platform that they claim to have ready.

The “dream team” of cars

When I mention that RJ Scaringe has armed himself with important people it is because we are really facing an amazing “dream team”, which begins with Mike Bell, the current technical director of Rivian, who was Apple’s vice president and helped shape the iPhone. To this are added at least 20 former employees of Ford, which highlights the name of Randy Frank, who spent 27 years in the Michigan company as director of engineering services. To this list must be added 24 former McLaren employees, where there are important executives and engineers such as the case of Barry Lett, who was chief designer for new projects,

Andy Jones, chief engineer, or the case of Graham Meeks, who for 17 years he was as head of body engineering at McLaren. After the Faraday Future crisis, Rivian hired 50 former employees, most of them were fired from the Californian company, and are included here from the battery and electric motor specialists, to vice presidents and financial planning managers. But that doesn’t end here, since we also find at least 12 former employees of the Chinese company Byton; 12 others who were in Tesla; and six former Apple, including some that were in the special autonomous car project, Project Titan.

In November 2018, Rivian presented, during the Los Angeles Motor Show, for the first time its two electric cars with which it intends to attack the market. One of them was an SUV, which is the safe bet of all manufacturers, and a pickup, which would be the first in the market and the one that would have fallen in love with Ford to invest in the company. Both cars would be launched in 2020. In fact, it is planned to know the versions that will go into production next November, during the 2019 Auto Show in Los Angeles. Among the factors with which Rivian is sought to be different from the rest, are some batteries that reach the limits of what we have seen today, a ‘Rivian-to-Rivian’ system, with which it would be possible for the cars load each other, and additional accessories to mount in the car, such as a stove or refrigerators, even beds. Let’s get to know the two cars and what is known so far. 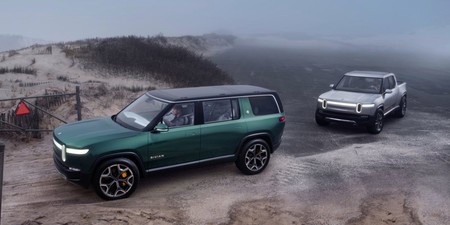 The Rivian pickup, and for which he has earned the nickname “the Tesla of the pickups”, as he aims to have it ready before Elon Musk launches his with Tesla. This truck would have a capacity for five passengers, a length of 5,475 mm, load capacity of up to 800 kg, and towing up to 5,000 kg. It would have a front trunk of 330 liters.

It would be available in three options : 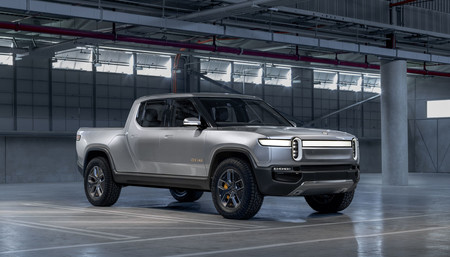 It would also be available in three options: 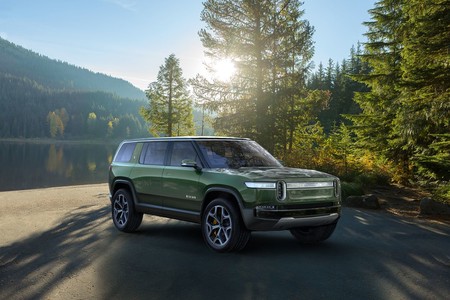 An important point is that Rivian also wants to launch a new marketing format for his cars, which would consist of rentals for “adventure” weekends, so we could have access to an R1T or R1S to go to the beach, to the Mountain for skiing or for a camping trip. Here we still need to know the details.

Undoubtedly, Rivian’s commitment to the electric mobility market sounds very interesting, but there are still many doubts and he has a lot to prove. Especially in the part of developer of the electric platform, with which it promises to revolutionize the industry and make any manufacturer can have its electric and autonomous car ready to sell. According to Rivian, this platform will serve to give life to the next six cars they will manufacture, where they say they will have a level of autonomy SAE 3, upgradeable to SAE 4. They also ensure that this platform can be adapted to many types of vehicles, as it would be “completely configurable”, so we could see it on motorcycles, water boats, even skateboards or delivery trucks.

Now we just have to wait for the Los Angeles Auto Show to know the final versions of their cars and their plans for the following year. And of course, we will be pending before any news.