For decades, European manufacturers have dominated the automotive sector while Japanese and Americans have remained very close with really interesting models. The arrival of the electric car is about to change this whole panorama since China is betting big and today there is no one who manufactures more electric vehicles than they do. Yes, China is the largest car manufacturer in the world and currently has more than 70 brands of electric vehicles, counting acquisitions and joint ventures, they even have the largest producer of electric cars in the world with BYD, so in the coming years, it is very likely our next car is Chinese .

Today it has become known that one of these companies is already preparing its arrival in Europe, where it plans to open a new headquarters and production center only for the region. We refer to Thunder Power, an extremely young company that begins to take its steps in the increasingly important sector of the electric car.

As I mentioned, Thunder Power can be considered one of the new Chinese manufacturers, whose focus is on the electric car market. But unlike the rest of Chinese manufacturers, T hunder Power has a strategy where it seeks to enter the European market first rather than the Chinese one, in order to gain popularity and be able to enter its country with backgrounds that help it compete with the great offer that exists today, and that continues to increase.

Thunder Power was born from the mind of Wellen Sham, an entrepreneur with more than 30 years in the technology business, who has invested in a large number of projects of all kinds. This is how in 2005 he invested in TJ Innova Engineering & Technology, the largest car design company in China, where he became deputy general manager. 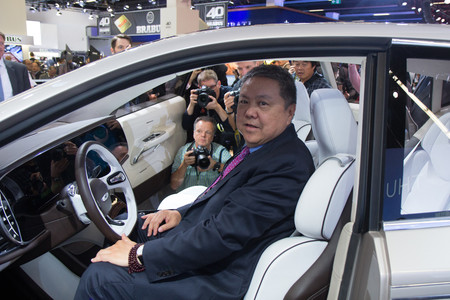 In 2011, Sham leaves TJ and gathers a team of professionals in the industry to found and give life to Thunder Power, his own automotive company with the goal of “creating an innovative product in the electric vehicle market.” With this, Thunder Power opens its headquarters in Hong Kong, they also get a site to build a factory in Ganzhou, China. And that’s how they start working on the design of their first electric car. Later, Sham would open his first research, development and engineering center in Milan, where he hires Peter Tutze as a technical project manager, and who has experience in Lotus and worked at the Bugatti Veyron. In addition, Francesco Mastrandrea also joined as engineering director, who is known for having worked on the Ferrari LaFerrari project.

This is how we reached 2015, when Thunder Power first came to light during the Frankfurt Motor Show with an interesting concept car: Thunder Power Sedan, an executive saloon with Italian design and European engineering with which they sought to compete in the segment of the (guessed) Tesla Model S. At this point we already realized that the Thunder Power Sedan did not seek to be presented as a “Chinese car”, but as a luxury electric car designed for the European market, so it was decided to lend it in Frankfurt. During this presentation, the manufacturer mentioned that the Thunder Power Sedan would arrive with specifications that highlight a rear-wheel drive with two variants: one of 313 hp (230 kW) and another of 435 hp (320 kW). 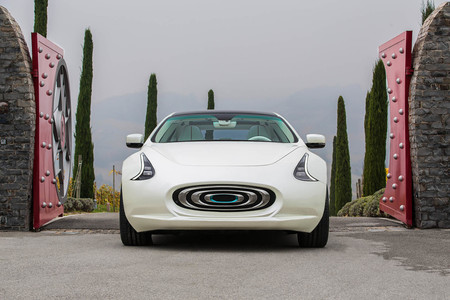 The interesting thing about this car was its autonomy, with a promise of up to 650 kilometers under the NEDC homologation cycle, this thanks to a 125 kWh battery pack, in addition to a fast-charging system that would give us 300 kilometers of autonomy in just 30 minutes. As we saw, the strong point was the design, where the focus is on that grill with concentric ovals that, they claim, symbolize the “Zen spirit.” This design was in charge of the prestigious Italian house Zagato, with a body manufactured by the German CSI with the collaboration of Bosch and Dallara in the electronic part and the chassis. 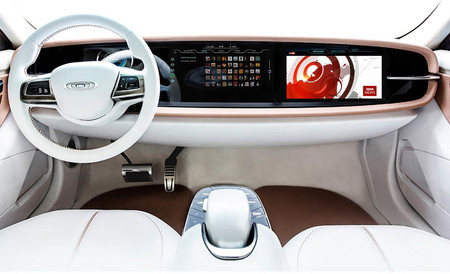 Interior of the Thunder Power Sedan.

Thunder Power mentioned at that time that the goal was to sell about 40,000 units annually in Europe alone, and initially, they would focus their sales in Germany and the United Kingdom. The detail is that there was no date for this to happen.

Preparing the landing in Europe

Thunder Power was clear that if he wanted to focus his sales in Europe he had to have a presence in Europe. That is why in 2017 they announced that they would build a research and development center in Barcelona, where they would invest 80 million euros and the creation of 200 jobs. The idea was to open it in 2018 with a factory in Catalonia, but since then nothing is known about the project.

An important part of the arrival in Europe was to open a factory to produce their cars right there, and thus avoid other regulations and possible tariffs. This is how it was announced today that the factory will be in Charleroi, Belgium, where they will open the company’s European headquarters and its first production center outside of China.

Renaud Witmer, director of Sogepa, an important part of the Belgian government and who is negotiating with Thunder Power, reported that the Chinese manufacturer will occupy an old Caterpillar factory in Charleroi, where they will be responsible for producing the Chloé, an urban electric car that will serve as a charter of presentation of the brand in Europe. 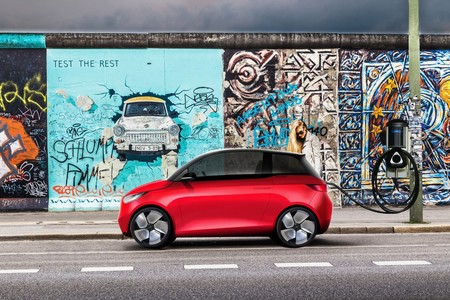 The Chloé seeks to be a bombshell thanks to the autonomy of 300 kilometers, according to the WLTP homologation cycle, a 50 kWh battery and a price of fewer than 15,000 euros. It will be manufactured in Europe rather than in China. And it is that the factory in Ganzhou, China, is scheduled to enter operations towards the end of the summer of this year, but this will be dedicated 100% to the production of the Sedan, which would begin at the end of 2019. 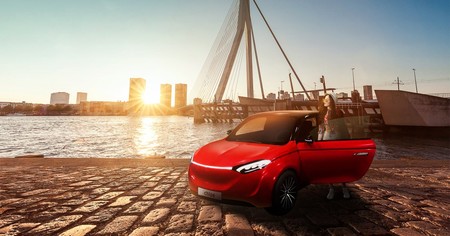 According to Witmer, the Chloé is already approved and they have more than 15,000 reserves , so they have pressed for production to start as soon as possible, since apparently, the priority of Thunder Power is the Sedan, which led to postponing the Chloé until 2021, which would cause his arrival in Europe to be delayed even more. Right now it is not clear when Chloé production will begin in Belgium, but Sogepa has set a deadline for 2021. Witmer explained: “At the beginning, all the pieces will come in kits from China. There will be little manufacturing in Charleroi.

We will hire 90 used in 2020, we will increase to 200 in 2021 and even 600 when we reach our maximum production capacity. We talk about 30,000 cars a year. In Charleroi welding, painting and assembly tasks will be carried out. ” There are still many doubts about Thunder Power, but at least we are seeing that its strategy is 100% Europe, where we even see that all its communication is in English and there is little evidence of China. Will this strategy work? We do not know, but undoubtedly it is emerging as one of the most interesting manufacturers in the future and we will have to keep track of it.