Harley-Davidson is undergoing an interesting restructuring and change of mentality, since after decades of being synonymous with the “American way of life”, noise and power, now looking to start 2020 with an eye on electrification and a new generation of consumers that precisely moves away from everything that Harley promoted. The first example of this we saw with the very expensive LiveWire, its first electric motorcycle that will begin to be delivered this year, as well as the first prototypes of an electric bike, a moped and even a motorcycle for motocross, all-electric. But now it has just surprised us all with the launch of an electric bicycle aimed at the young segment of the population, but really young … very young, since they are electric bikes for children from 3 years. 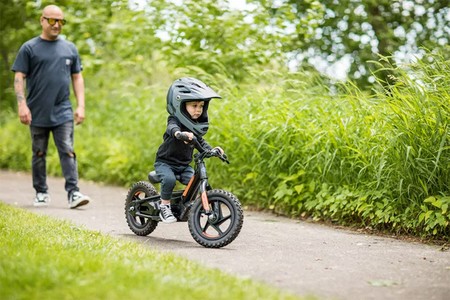 The Harley-Davidson IRONe12 has 12-inch (30 cm) wheels, a seat height of 33 cm and weighs 7.7 kg. While the Harley-Davidson IRONe16 comes with 16-inch (40 cm) wheels, a seat with a height of 43 cm and a weight of 8.6 kg. Both electric bikes integrate the same electric motor and power, of which the technical details have not been disclosed. According to Harley, its electric bikes have a removable and rechargeable lithium-ion battery, which offers between 30 and 60 minutes of autonomy for every 30-60 minutes of charging. The objective is that while using a battery we can have one, or several, with a charge so that the action does not stop.

The height of the saddle is adjustable and the objective is that the child’s feet reach the ground, since the idea of ​​the bikes is that they learn to maintain balance while adjusting the speed, so we will not find pedals. All movement will be done through the engine and the desired speed. A removable footrest is also integrated, which will serve when the child has confidence and already completely dominates the balance of the bike.

Therefore, the Harley-Davidson IRONe12 and IRONe16 have three power modes: training, standard and advanced, or red, yellow and green. In the first, the bike will reach a maximum speed of 8 km / h, in the second 11.27 km / h, and finally, in the third, we will have the maximum speed of the bike that will be 14.5 km / h. Now that if we don’t want any of these speeds, you can set a speed limit for any of the three modes.

Being a Harley product, the finishes and materials have been designed for rough use and the safety of children, according to the company, so the TIG aluminum frame while the fork is BMX style steel. The Harley-Davidson IRONe12 will be priced at $ 649 while the IRONe16 will cost $ 699, both will go on sale first in the United States in the coming days to try to become the perfect gift of the holiday season. 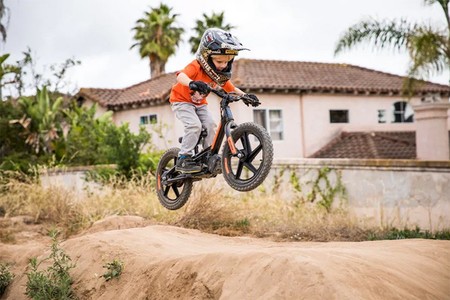