As it happened with the explosion, and bubble, of the “dot com”, we are now going through a kind of “fashion for electric cars”, since not only traditional manufacturers seek to be here, but also technology entrepreneurs based in Silicon Valley The most recent example: Drako Motors. And eye, do not confuse this fashion with what happens in China, where companies have also been emerging that seek to participate in some way in the new electric car industry. What happens with American startups is different, there we have the example of Faraday Future, who said they were going to revolutionize the world and today they have not been able to launch a single electric car.

The case of Drako Motors may sound familiar since it is a startup born Silicon Valley founded by two technology geniuses, who want to launch a spectacular electric car with specifications never seen before and limited edition. Yes, they just need to say that it comes with graphene and artificial intelligence to have the winning combo. But we will give them the benefit of the doubt and know where they come from and what their proposal is.

Drako Motors is an American manufacturer that just just give out, but say they take a decade researching, developing and testing technology for electric cars in camera. The company was founded in San Jose, California, by Dean Drako , who is known as the co-founder and CEO of Barracuda Networks, and Shiv Sikand, electrical engineer and co-founder of IC Manage. Drako Motors also has Bruce Canepa, a legendary racing driver, as a partner and board member. 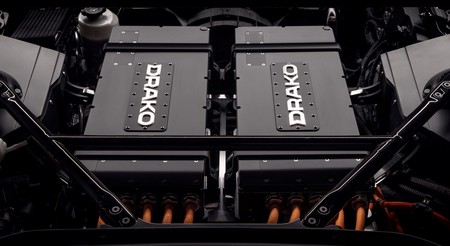 Interestingly, and unlike the rest of these types of new companies, Drako Motors does not have renowned members who have been part of the industry. That is, the company is made up of relatively new people in this business and whose vision is to change what is established. Or at least it is what they want to sell us.

According to Drako , the CEO of Drako Motors, the company’s goal is to create real electric cars, not concepts, ideas or prototypes that will never go on sale. They stand out for being “impressive supercars focused on the driver, offering a stimulating performance with maximum control and safety, both on the road and on the track. “

The first bet of Drako Motors is an electric sedan called Drako GTE, which stands out for having the technology developed by the same manufacturer, according to the company, although it has borrowed some designs and approaches that make it an extremely interesting electric car, at Lesson paper.

The company highlights that the GTE is not a prototype, future design or concept, they say it is real and that is why they decided to present it in society this week during the Monterey Car Week, where they released the details of this car that border on absurd, in every way.

According to the GTE specification sheet, we are facing a four-door electric car with capacity for four passengers. Inside it has an AWD (All-Wheel Drive) system with four engines, one on each wheel, of its own design and managed by means of algorithms and an operating system called Drako DriveOS. According to the manufacturer, Drako DriveOS allows “to calculate a new torque command for each wheel 1000 times per second.” Thanks to this, they claim that the car could offer 8,800 Nm of combined wheel torque. Along with this, they also assure us that the GTE will be able to generate 1,200 hp and a maximum speed of almost 332 km / h . 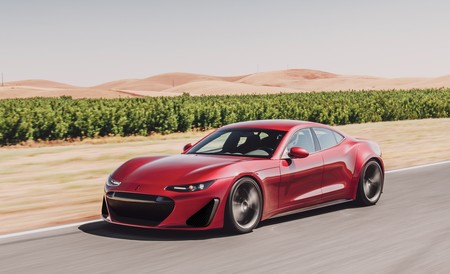 With these figures, it would not be the most powerful or the fastest in the market, however, what Draco seeks to highlight is that it is a “common” electric car that has been designed to offer supercar features. The company did not offer acceleration or autonomy figures, although they did mention that the battery would be 90 kWh with a “massively parallel internal cooling architecture” and compatible with fast charging of up to 150 kW .

The specifications are complemented by luxury finishes, which highlights a carbon fiber dashboard, five driving modes, 20-inch Michelin Pilot Sport Cup2 tires, Brembo carbon-ceramic brakes, and an Öhlins suspension. But what is most striking is its design, which was in charge of Lowie Vermeersch, the renowned car designer of Pininfarina, Ferrari, and Maserati. In fact, if the aspect reminds us of the Fisker Karma, it is because in effect we are facing the structure of the Fisker chassis .

According to Drake, the GTE will be an exclusive electric car of which only 25 units will be manufactured at a price of 1.25 million dollars, and which is already available for reservation. The company says that production will start at the end of this 2019 with a view to delivering during 2020. 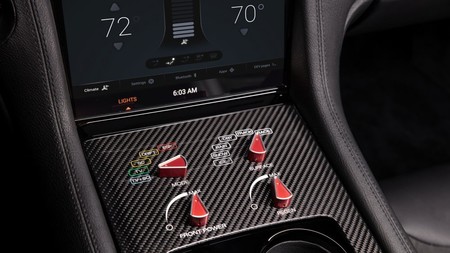 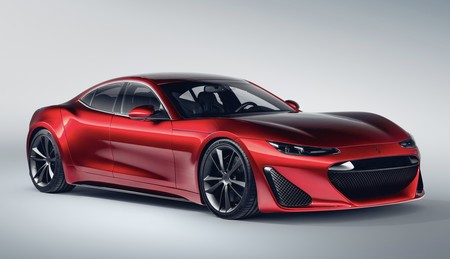 2 Comments on “Drako Motors, the startup of Silicon Valley that wants to give life to a super electric car of 1,200 hp and 1.25 million dollars”