Aiways, the Chinese manufacturer that wants to launch its SUV U5 in Europe for 400 euros per month, is already licensed to manufacture its cars in China; In fact, the Aiways U5 is in the pre-production phase at the factory in the city of Shangrao. Recently, it acquired a 127 million euros stake in Jiangling Motors Holding, the joint venture owned by the manufacturers Jiangling Motors and Changan. Airways now own this joint venture, which has opened the doors.

The agreement allows Always to obtain a license from regulators to produce electric vehicles and use the Jiangling plant to scale production. An agreement that also allows Jiangling to better utilize the factory’s capacity and alleviate its financial problems. Recall that a Beijing court ordered this firm to stop the manufacture, marketing, and sale of the Landwind X7 SUV after a ruling determined that the vehicle was a copy of the Range Rover Evoque. The presentation of the first production model, the Aiways U5 , is scheduled for this year, and sales in Europe are scheduled for April 2020. The 4.68 meter long SUV has a 140 kW motor on the front axle and announces a range of 460 kilometers – according to the NEDC cycle – which can be extended to 560 km if the customer chooses to rent additional battery packs.

Prices are not yet known, but the media speculates on a base price of around 25,000 euros, a figure that has been declining over time since previously there was the talk of about 35,000 euros without incentives. As we already knew, the start-up will not use a network of dealers to use to sell their vehicles in Europe; It will do so through a leasing service and promises that the monthly fee will not exceed 400 euros, with 24, 36 and 48-month contracts. Last month, Airways began testing the U5 on a journey of more than 14,000 km with two prototypes from China to Germany, with the goal that the electric SUV arrives in time for the 2019 Frankfurt Motor Show the first week of September.

Good news for Aiways considering the outlook in China

The truth is that the Chinese government has begun an ‘offensive’ against the new firms dedicated to the production of electric cars in the Asian country based on stricter regulation. He wants to avoid a hit. Under the plans, electric car manufacturers can only outsource their production to other manufacturers if they have invested at least 4,000 million yuan (around 511 million euros) in research and development in China in the last three years and have sold at least 15,000 100% electric cars worldwide in the last two years. The new regulations also establish a minimum term of three years for production orders with an annual production of at least 50,000 vehicles in a given plant. In addition, new electric car companies may not enter into production agreements with more than two car manufacturers. 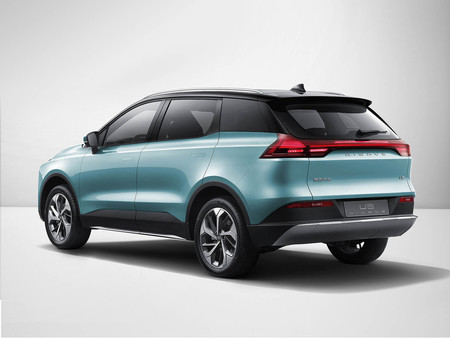 The reason? The 486 Chinese companies related to the electric car seem too much for the Chinese government, which wants to limit access to this industry and, more specifically, to curb the development of small emerging or start-up companies that turn to third parties to manufacture their products, trying to avoid a bubble.